A 17-year-old girl identified as Wilma Andersson, was reportedly beheaded by her ex-boyfriend when she returned to his flat to collect her belongings after she broke up with him.

Andersson and Tishko Ahmed Shabaz, 23, had been dating for two years before she ended the relationship.

The teenager had disappeared on November 14 last year before police found a ‘body part’ a fortnight later which turned out to be her beheaded head. 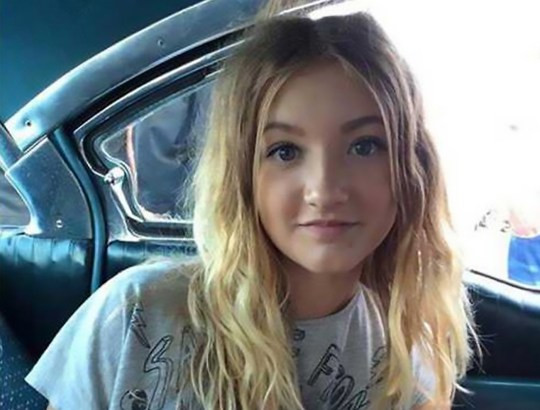 Police arrested Ahmad and kept him in custody after they searched his flat and found traces of blood inside.

According to court papers, police then discovered Wilma’s severed head in a suitcase, wrapped in aluminium foil and sticky tape, on November 28, bringing the missing person search to an end and the launch of a murder investigation.

Officers say Shabaz’s DNA and Wilma’s blood was found on a kitchen knife, and his fingerprints were found on the tape that wrapped the head, but are still yet to find the rest of her body.

Prosecutors claim she was subjected to ‘repeated violence’ during her death.

Shabaz, originally from Iraq, has now been charged with murder and his trial will begin on May 26 but he has denied killing his girlfriend.

He constantly answered ‘no comment’ when questioned by officers in April saying they were forgetting he loved her.

Speaking to local media, he said: ‘If I had murdered her, I would not have cut off her head’.

Wilma’s mum, Linda Andersson, reported her missing on November 14 and a total of 5,000 police officers, experts and volunteers were involved in one of Sweden’s largest ever searches.

Mrs Andersson told local TV that she had ‘kept ringing the doorbell’ to Shabaz’s home but he ‘only said they had had an argument and that she just ran out of the apartment.’

Wilma’s coat and handbag were also still inside the flat, and her mum said her daughter would not have left without them.

Friends of Wilma also described Shabaz as controlling, and said he would tell her what to wear and where to go. They claim she repeatedly went to his flat to pick up items before she went missing.

Kogi State Governor, has declared that kidnappers, abductors and all forms of criminals should be dealt with

Governor Inuwa Yahaya of Gombe State, relieved three commissioners in the state of the appointments and nominated their replacements

Abia State Governor, Okezie Ikpeazu, has described Senator Abaribe’s life in public service as truly reflective of the spirit of the Aba man